Rebecca Taylor and Billy’s Bakery have partnered to design limited edition cupcakes for Mother’s Day. Billy’s Bakery and Rebecca Taylor’s impeccable service and commitment to quality have made them both stand outs in the New York City area; providing customers with exceptional products for any occasion. Having an almost obsessive eye to detail and an unconventional color sense, Rebecca and Billy’s bakers created two tasty confections: Vanilla Twinkle and Mocha Meow.

Rebecca’s inspiration for the design of each cupcake originated from her Spring/Summer 2009 runway collection. “The Rebecca Taylor girl for Spring/Summer 2009 is a bohemian world traveler,” says Rebecca. The collection includes mixed ethnic prints with a feminine twist in pretty, dreamy colors. Vanilla Twinkle by Rebecca Taylor is a light, dreamy treat, made of Billy’s yellow daisy cupcake topped with blue vanilla buttercream and a sprinkle of white crystal sugar and silver dots, which imitates the blue dot chiffon dress from the runway. Mocha Meow was created from Billy’s chocolate cupcake and special Mocha-flavored buttercream with dark and light chocolate sprinkles, resembling the leopard printed pieces in the collection.

Rebecca Taylor’s sexy, kittenish clothing and feminine edgy, yet approachable designs have put her collection on the fashion map, garnering major editorial coverage as well as a nod from the Council of Fashion Designers of America. Billy’s Bakery, founded in 2003, provides customers with classic American baked goods made with the highest quality ingredients.

The Rebecca Taylor Mother’s Day cupcakes are $2.75/piece and will be available beginning May 1st at Billy’s. Billy’s Bakery is located at 184 9th Avenue New York, NY 10011. Billy's new location on 75 Franklin Street between Broadway and Church will be opening the end of May. You can contact them at (212) 647-9956 or visit their website at www.billy’sbakerynyc.com .

Posted by BRIGITTE SEGURA at 4:55 PM
Email ThisBlogThis!Share to TwitterShare to FacebookShare to Pinterest 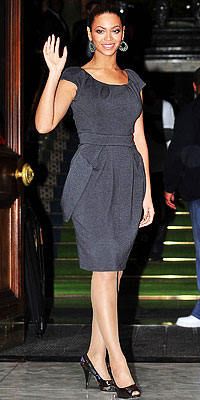 Famous fashionistas from Jennie Garth to Beyonce are making their red-carpet rounds in ladylike dresses with feminine pleated necklines and subtly puffed sleeves. Says stylist Brigitte Segura: "It's a familiar silhouette with a confident twist of femme—flattering a curvy figure and shaping a straight figure with curves." Wear the look with simple pumps for ultra-womanly appeal. As Segura says, "It's a put-on-and-go dress with a hint of '50s glamour."
for commentaries contact www.fashiondailymag.com
Posted by BRIGITTE SEGURA at 1:01 PM
Email ThisBlogThis!Share to TwitterShare to FacebookShare to Pinterest 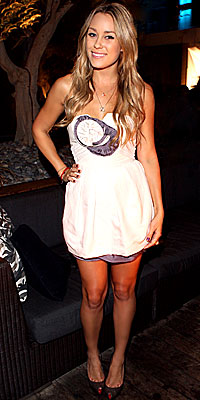 Dresses with built-in drama are the latest craze, with stars from Lauren Conrad to Anne Hathaway donning dresses studded with outrageous accents. These eye-catching looks have "a touch of feminine flirt and an understated confidence," says stylist Brigitte Segura. If you're not ready to invest in a gown, Segura suggests trying out the look with an oversized rosette pin: "Keep it tonal if you're shy."
http://fashiondailymag.com/
Posted by BRIGITTE SEGURA at 12:55 PM
Email ThisBlogThis!Share to TwitterShare to FacebookShare to Pinterest

an EQUESTRIAN proper…dubbed ‘rich and beautiful’

an EQUESTRIAN proper…dubbed ‘rich and beautiful’ [in color and material]…
by: brigitte segura

[hands UP] for sexy MANKNITs…ribbed & marled SO FINE…

Posted by BRIGITTE SEGURA at 12:32 PM
Email ThisBlogThis!Share to TwitterShare to FacebookShare to Pinterest

Posted by BRIGITTE SEGURA at 4:57 PM
Email ThisBlogThis!Share to TwitterShare to FacebookShare to Pinterest

TULEH… BE BOLD AND HAPPY

… A FALL 09 TULEH formed in timeless sophistication…
a brave message of ‘be bold and be happy’…
Visually sculpted in floor length jerseys inked in blue…
gracefully [appropriate] for a function or a worthy cause…
…exquisite fabrics ruched in dresses and scalloped at hems;
(chiffoned) silk dots & english florals …ruffled in rows of flirt…
…brought together in accents of rosettes…
[vivid] and [perfectly] brave…in a tiger lamé LONG dress…
a [sign]of LOVE in [home] design… creatively set in a decorative ROUBINI CASA collaboration…[charmed] in a collective ‘brush’ of aesthetic in each unique piece…
INQUIRIES:

For more info click link below
http://www.citychickmag.com/archives/632
Posted by BRIGITTE SEGURA at 1:36 PM
Email ThisBlogThis!Share to TwitterShare to FacebookShare to Pinterest For more info click link below
http://www.citychickmag.com/archives/620
Posted by BRIGITTE SEGURA at 1:28 PM
Email ThisBlogThis!Share to TwitterShare to FacebookShare to Pinterest

www.brigittesegura.co
www.fashiondailymag.com
Posted by BRIGITTE SEGURA at 1:19 PM
Email ThisBlogThis!Share to TwitterShare to FacebookShare to Pinterest

A SPLASH OF COLOR from NY fall 09 fashionweek

…with a START of another season of the usual blacks, greys, and (more) dark blues…there was an added BLAST of shocking colors on the FALL 09 NEW YORK RUNWAY this time…

..the bright SUIT is back in a big way… that electric blue or rouge jacket you’ve been saving since the 80’s?… it’s so haute new on the DONNA KARAN runway… a return to an (old) freshened-new in familiar silhouettes and bright hues. Of course, MARC JACOBS led the flaunting parade of (almost neon) yellows, blues, pinks and reds, paired with darks… FUSCHIA was showing up everywhere, even on TOMMY HILFIGER men… and as for the dressy bunch…CAROLINA HERRERA had top-to-toe amethyst in satin and velvet; DKNY was rich in reds; BADGLEY MISCHKA and TRACY REESE showed jeweled tones of citrine, greens and blues…

Get used to color again and indulge in a colored accessory, like green or plum tights, a purple hat, a fuschia scarf, orange chunky jewelry, or a (pepto) pink handbag…wear it with your favorite (dark) and get an instant happy [without a big investment]… SPANX already has a range of tights available on-line in colors including raspberry, cobalt, violet, and emerald for (twenty-something) bucks…

THERE is something so marvelous about having the courage to wear brights… and if everyone else is, it just doesn’t look as jolting to the eye. Craving an instant lift? Wear a tone of pink (we’re not talking baby pink)… bubble pink, coral-pink, pink-violet! By the FALL you’ll be ready to take the plunge wearing printed leggings from MARA HOFFMAN or psychedelic tights in pink + green from MARC…

The hint of BRIGHT is RIGHT and paired with black, it’s TREND made easy (for anyone)… so go ahead, CAST your outlook in rainbow color…

For more info click link below
http://www.citychickmag.com/archives/566
Posted by BRIGITTE SEGURA at 1:08 PM
Email ThisBlogThis!Share to TwitterShare to FacebookShare to Pinterest a doll of a fashion icon…

a fabulous scene… (a hectic scene)… the fullest lobby I’ve ever seen at the tents…rumors flying around (hoping others would leave) that the fire department is on their way… a cross between fans at a Madonna concert and a scene at a 80’s department store basement sale trying to get to the 80% off table…fashionista bags were used casually to push and shove and get ahead of the line… leaving? Great…that’s my spot..

…once in the seat, it was all good vibes in the house… a start with (a just needed lift) of music and a visual walk-thru of 50 years of Barbie ads …I just wanted to burst OUT LOUD reading the captions of memory lane on the screen…and…

there was a compilation… of 50 ‘dolls’ wearing none other than CHRISTIAN LOUBOUTIN pink shoes… BARBIE’s gone designer after all… who would have thought BARBIE is still a household name (even with the guys)…an unusually smiling front row Barbie FAN CLUB of sorts included actor Djimon Hounsou (‘tomb raider’), Kimora lee Simmons, Catherine Malandrino and the fashionable suspects trying to be serious… a barbie flashback of some timely fun…’what a doll’…

.. a gorgeous bride in MONIQUE LHUILLIER and a MARCHESA gown goes on and on …a glittered sweet REBECCA TAYLOR ruffled, pretty and (cougar)-like Barbie shown by Derek lam… [bleu blanc rouge] stars and stripes at CATHERINE MALANDRINO.. and a lace-up REEM ACRA “miss Barbie”…

futuristic Barbie is so green in BETSEY JOHNSON.. a TOMMY (fringed) HILFIGER… a space-aged short BLONDS event.. a HOUSE OF FIELD (patricia fields) fiercely sexy fantasy … and a spectacular BOB MACKIE Cher-like costumed drama, (boa-like) fuzzy white and all.. and a KENNETH COLE reminder that “everybody needs a ken” …

for more photos from this show:
http://www.citychickmag.com/archives/571
Posted by BRIGITTE SEGURA at 12:56 PM
Email ThisBlogThis!Share to TwitterShare to FacebookShare to Pinterest
Newer Posts Older Posts Home
Subscribe to: Posts (Atom)